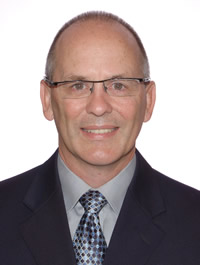 Ontario’s highways are among the safest in North America, thanks, in part, to the leadership of Gerry Chaput, whose inspiring professionalism for over 25 years at the Ministry of Transportation Ontario (MTO) has also raised the profile and image of engineering in the provincial government.

Since joining the ministry as an engineer-in-training in 1987, Chaput has taken on roles of increasing responsibility, managing improvements on countless public roads, bridges and highways while always holding the interest and safety of the public first. Now, as Assistant Deputy Minister (ADM) of the Provincial Highways Management Division, the ministry’s largest, he leads more than 1800 staff across the province and is responsible for the delivery of the annual capital highways program that has averaged approximately $2.5 billion over the last five years as well as annual maintenance and operating expenditures budgeted at $400 million.

He has inspired innovation and supported staff in delivering the largest capital construction programs in MTO’s history, advancing new models of project delivery in the process. He is responsible for managing an asset comprising 16,500 kilometres of highways, more than 2800 bridges and various other works with a combined replacement value of $80 billion.

Under his guidance, Ontario’s highway infrastructure continues to expand strategically and undergo rehabilitation. His collaborative style of management has contributed significantly to the quality of large projects throughout the province, including the Highway 407 E extension, rapid bridge replacements and four lane highway expansions in Northern Ontario and other strategic economic corridors.

Prior to becoming ADM, Chaput worked in various positions and locations within the province, including as chief engineer, director of the highway standards branch and manager of the traffic office.