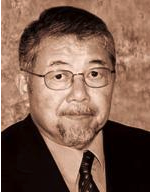 An established airport engineering management expert, Hank Edamura is the Executive Director of MGP Project Managers, a joint venture of consulting engineering firms Marshall Macklin Monaghan, Giffels Associates, and Parsons Corporation. As such, he is responsible for the management of a multi-billion-dollar, multi-year Terminal Development Program at Pearson International Airport in Toronto. When completed, the New Terminal will be in excess of four million square feet in size, replacing Terminals One and Two. At that time, the airport will be capable of handling approximately 50 million passengers each year. From the very beginning of his 43 years with Marshall Macklin Monaghan, Edamura has led the way in providing sound engineering solutions and breaking ground in new areas of the firm's activities. During his first years with the firm, spent in the Arctic developing engineering solutions to a townsite and access road program, he proved his abilities to work effectively in remote areas with limited direction from head office and to accommodate such environmental challenges as permafrost into his designs. Later, he established and managed the company's first structural department, and went on to take on the roles of Manager of Branch Operations,Vice President of Corporate Development, and Vice President of Project Management. Along the way, he established himself as an airport development engineering and management expert. The exposure to airport work has spanned almost his entire career, with the first involvement being in the mid-60s on the Abu Dhabi Airport Development in the United Arab Emirates. Other airport and aviation-related work ensued, mixed with other engineering opportunities. In the mid-'80s, the opportunity came for a major, private-sector airport initiative, in the form of the Terminal Three development at Pearson. Edamura was a member of a team of three MMM executives spearheaded by Bill Longden and Joe Tersigni. His role was to manage the technical development and implementation of the design of this $550- million project, the largest the company had undertaken and for which it received an Award of Excellence from the Association of Consulting Engineers of Canada. Under Edamura's leadership, Marshall Macklin Monaghan has successfully completed airport planning and development projects around the world, including the Beijing Capital Airport Master Plan, Terminal 2B Development at Budapest Ferihegy International Airport, and a new international airport in Mandalay, Myanmar, formerly Burma. Engineer Edamura is a Warden of Camp One for the Ritual of the Calling of the Engineer, or Iron Ring Ceremony, and has served on the then-APEO Appeal Board, and the executives of the Engineering Institute of Canada Toronto Branch and Management Section and the Toronto Consulting Structural Engineers' Association. Edamura has also served the community as the President and a member of the Board of the Japanese Canadian Cultural Centre.