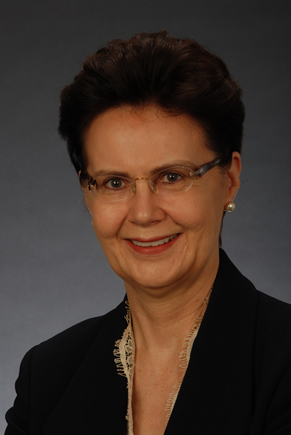 For over 30 years, Anna Dunets Wills has served as an exemplary ambassador to the profession, helping less fortunate communities with her engineering know-how and expertise in water and sanitation systems. Her community involvement began while earning her undergraduate degree in civil engineering and evolved to leading projects around the world.

As an engineering student, Dunets Wills always knew her career path would not involve sitting at a desk in downtown Toronto. While her classmates were earning money at summer internships, she volunteered with Frontiers Foundation to oversee the construction of sustainable log houses in socially and economically challenged aboriginal communities in British Columbia and Alberta.

Following graduation, she continued her service to society by volunteering with World University Service of Canada to design roads, drainage, sanitation and water supply systems to support housing development for lower income families in Africa. Her work was part of the international endeavour to reduce disease rates because of improved sanitation and hygiene.

Since completing a master's degree in environmental engineering in 1989, Dunets Wills has increased her international scope by joining urban planning and design firm planningAlliance and its sister practice, rePlan. Here, she has dedicated herself to creating best practices for international organizations operating in developing nations. Her work is guided by the belief that to be truly sustainable, the design, construction and maintenance of a community infrastructure must be based on local input, expertise and resources. To this end, she is credited with pioneering the development of a number of negotiating techniques for working with communities, as well as strategies for the effective long-term local management of both public and private infrastructure systems. Over the past five years Dunets Wills has been involved with a local NGO called RAMBIA, in western Uganda, that has established a clinic and maternity ward. She is part of the volunteer Canadian medical team that works with RAMBIA, concentrating on the water, sanitation and other upgrading projects for the communities around the clinic.

Through her devotion to making a difference in society, Dunets Wills has been able to successfully demonstrate to others, including governments worldwide, the value of engineering.