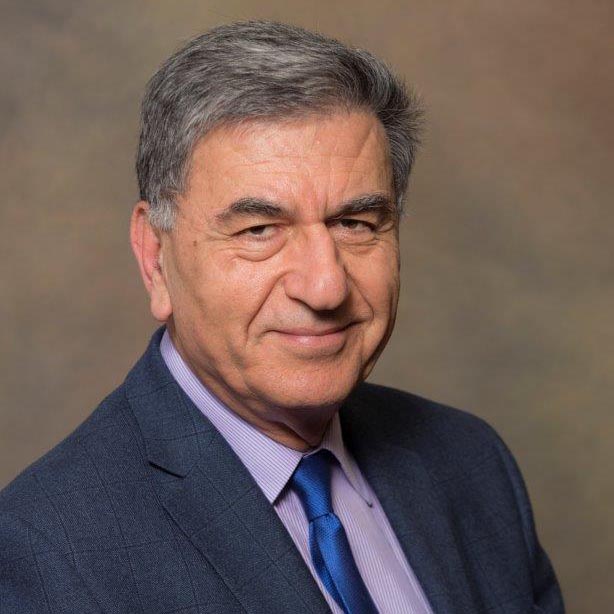 A Member of the Order of Honour since 2013, Noubar Takessian has continued his prolific volunteer service at the provincial level, enthusiastically providing his time and knowledge to bolster the profession.

Following his 18 years’ volunteering on the Willowdale-Thornhill Chapter executive, where he held almost every executive position with the chapter, including secretary, treasurer, vice chair and four consecutive years as chair, Noubar successfully ran for PEO Council and served from 2016 to 2018 as an East Central Regional Councillor.

Noubar regularly reached out to all the chapters in the region by attending their board meetings and events, including licence presentation ceremonies, EIT events and National Engineering Month activities. As a regional councillor, he exhibited leadership and served as a strong voice for chapters at the PEO regional congress and at the Regional Councillors Committee (RCC). He was appointed vice chair of the RCC and was subsequently elected chair. A devout proponent of PEO’s chapter system, Noubar initiated two mathematical models to distribute funds among chapters that both removed bias and increased transparency in the funding of regions and chapters.

He has mentored numerous EITs and led chapters in removing barriers, making them more inclusive, diverse and equitable.

To date, Noubar is still part of the Executive Directors of  Willowdale Thornhill Chapter as a valuable resource for the Chapter helping them from his experience with PEO for so many years.

Noubar has also volunteered for various other organizations. He has been on the board of trustees for Holy Trinity Church Saturday school between 1995 to 1998.

He volunteered for York Condominium Corporation YCC 433 - a 25 storey condominium building- from 1988 to 2004 and as the president of the board of directors during the last four years.

Noubar has encouraged many local graduate engineers to join PEO. He has organized numerous events for new comers and foreign trained engineers to encourage them to continue their engineering profession in Ontario and eventually join PEO. He has introduced them to local Co-op schools to help them find work in their fields of study and start working in local engineering and construction companies. He has received dozens of awards and certificates of appreciation from various boards of education in the Greater Toronto area for his efforts.