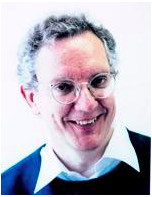 In addition to his academic pursuits, Peter Hiscocks has worked for social betterment within both the engineering profession and society as a whole. He has been a tremendous supporter of women in the engineering profession, championing this issue on many different fronts. Hiscocks has been a professor of Electrical and Computer Engineering at Ryerson University for over 30 years. In 1989 and 1991 respectively, he founded the award-winning Women in Engineering (WIE) Project and Discover Engineering outreach programs at Ryerson. These programs provide education for students considering engineering as a career, and promote a friendly and supportive environment in which women can pursue their engineering studies. As a result of his efforts, over 1200 young women have participated in Discover Engineering through the Summer Camp and Career Conference programs; over 4000 students have taken part in the Discover Engineering High School Workshop program. Prior to the WIE program, female enrolment at Ryerson was approximately 7 per cent. Today, it is nearly 17 per cent, which is close to the Canadian national average of about 20 per cent. Hiscocks was a member of PEO's Women in Engineering Advisory Committee (WEAC) from 1994-2000. While on the committee, he initiated PEO's Future Engineers Initiative, which provides funding to programs that encourage the participation of women and girls in science and engineering. In addition, he worked tirelessly to bring about changes to the Regulation under the Professional Engineers Act to include "harassment" within the definition of professional misconduct. This change became law in 2000. A PEO Guideline on Human Rights in the Workplace, in which development he also participated, was published at the same time. Because of his concern for the safety of students and the public, he was involved in forming the Coalition for Gun Control, a group instrumental in bringing about changes to Canada's gun control laws. Since its inception in 1989, the Coalition for Gun Control has grown to include over 12,000 individual supporters and has been endorsed by over 350 organizations. In May 2003, Hiscocks received the Canadian Council of Professional Engineers' Award for the Support of Women in the Engineering Profession. His programs have received numerous other honours, including the 2002 Michael Smith Award for Science Promotion from the Natural Sciences and Engineering Research Council. He has been honoured internationally by the Women in Engineering Programs & Advocates Network and nationally by the Canadian Engineering Memorial Foundation. Engineer Hiscocks has encouraged hundreds of young women to consider studying engineering, provided support for women already in engineering programs, and contributed significantly to improving the atmosphere in which women practise engineering.