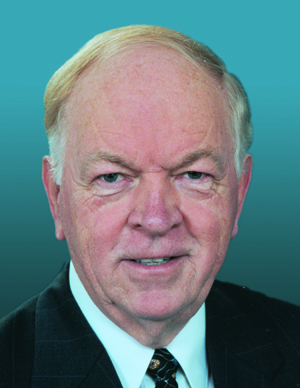 Since his induction as a Member of the Order of Honour in 1988, Ted Wisz has continued to work tirelessly to advance the practice and recognition of engineering in Ontario.

To help ensure professional accountability along the continuum of the profession, Engineer Wisz co-chaired the Joint Management Board of PEO and the Ontario Association of Certified Engineering Technicians and Technologists (or OACETT), where he spearheaded changes to PEO’s Regulation 941 to make the Limited Licence more relevant for technologists. He also served several terms as PEO’s appointee to the OACETT Council. As a member of PEO’s Technologist Licensure Task Group, he contributed substantially to the research and writing of a report that led PEO Council to offer qualified technologists a means to practise professional engineering under PEO’s purview. In 2000 and 2003, he organized the Engineering and Technology Forums, jointly sponsored by PEO and OACETT. Bringing together heads of technology, deans of engineering, government, industry, engineering technologists and engineers, these forums promoted discussion among stakeholders on the academic preparation, professional recognition and workplace utilization of members of the engineering team.

Recognized for his valuable input on critical issues, Engineer Wisz returned to Council as PEO’s elected Vice President during the 1999-2000 Council term, serving on the Executive Committee and chairing the Audit Committee. He also served on the Registration and Communications Advisory committees and as a PEO representative to the National Engineering Week Ontario Steering Committee.

To promote the profession locally to both members and the public, Ted continues his 25-year service as a member of the Etobicoke Chapter Executive, having held positions of Chair and Vice Chair. He is also the long-time Emcee for Penta-Chapter licence presentation ceremonies, where he reminds new members of the profession of their responsibility to society and encourages their participation in chapter activities.

For this continued dedication to volunteer service and to the profession, the association is delighted to invest Ted Wisz as an Officer of the Professional Engineers Ontario Order of Honour.